Born and bred Paarl local, Rolanie Lotz has made a name for herself as one of the leading female winemakers in South Africa. Rolanie joined Rhebokskloof in 2007 and has since led the brand into the spotlight with her award-winning wine that has picked up numerous accolades at home and around the world.

Wine making runs deep in Rolanie’s blood where her grandfather, Fanie Du Toit, was one of Paarl’s legendary vignerons who ran their family farm in Hoogstede. (Read her full bio)

She has come a long way as one of the few female winemakers in South Africa where the industry is still dominated by men. Her success is undoubtedly attributed to her immense talent and ability to create exceptional wines from the unique terroir of the Noord-Agter Paarl Mountain. Support from other winemakers has also played an important role in her professional growth.

“…after almost twenty-one years, I still have an almost child-like excitement for the upcoming harvests! ”

We asked Rolanie to share some insight on her winemaking journey and advice.

You started in 2002 as a female winemaker, which was rare, did you face any challenges as a woman at that time?

I was, and still am, fortunate to work alongside fantastic colleagues. I have received tremendous support not only from my peers, but also from individuals in various roles that are directly and indirectly part of the wine industry. So no, I do not recall any significant challenges when I started working in a predominantly male industry. That being said, perhaps on a subconscious level it did factor into shaping my work ethic. Since the start of my career, I have pushed myself incredibly hard and at times set unrealistically high standards. I have never shied away from doing the physically hard and taxing tasks. As I grew older, I realised that it is okay to ask for help every now and again.

What has been your proudest achievement/s in the wine industry to date?

That’s a tough question. Some of my personal, proudest achievements are small successes that others would find insignificant. For me it was those challenges that I was forced to overcome and ultimately pushed me to my limits that I am most proud of.

Those small achievements sometimes bring just as much value, if not more, than the bigger achievements that are often reflected in the form of awards, medals, and shiny trophies on a shelf. If I must choose one achievement, I would say that I am proud of is that after almost twenty-one years, I still have an almost child-like excitement for the upcoming harvests!

Why do you think more women should enter the world of winemaking in South Africa and around the world?

I think women can and should do anything they set out to do. Science, for me was always fun and a subject you can never stop exploring! If one adds wine with science, you could define it as scientific fun?! Yes, winemaking is a science – the term ‘oenology’ refers to the science of wine and winemaking. I think more women in the industry can help not only contribute to diversity in the industry, but also grow it.

I also recently read an article that stated women are now the largest percentage of wine consumers. So, it seems we are already taking over the wine industry, one sip at a time!

Any advice for aspiring female winemakers in South Africa and around the world wanting to also enter the industry?

Believe in yourself. Set goals. Work hard. If the odds seem stacked against you, just keep fighting until the odds are in your favour!

This is undoubtedly only the beginning for our Cellarmaster Rolanie and Rhebokskloof as we keep innovating and creating excellent wines created especially from South Africa to the rest of the world. We hope this article has inspired other female winemakers in South Africa to also pursue their passion in the industry and put our wines firmly on the world’s map.

We put together a slideshow showcasing Rolanie’s bigger achievements in the press over the years to commemorate her excellence.

(Swipe on image to show next)

Accolades in detail from slide 1 to 7: 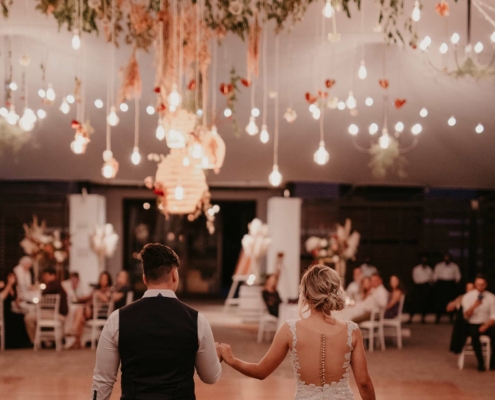 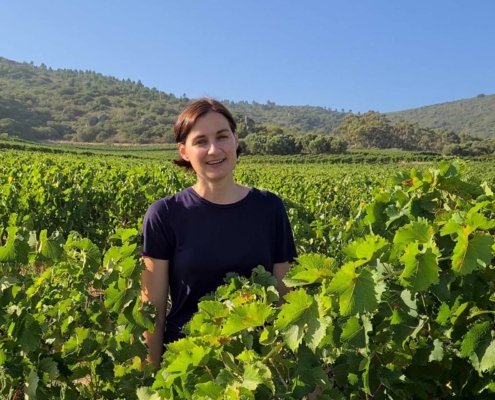 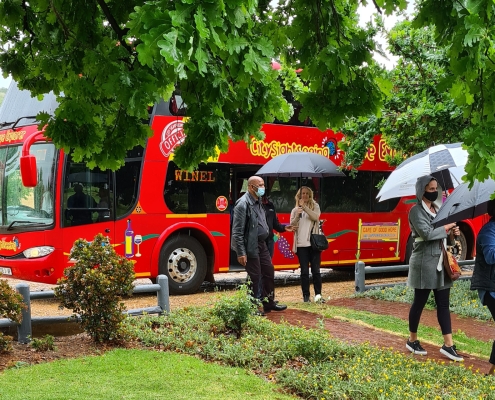 August 2022 Wedding: Dané and Marno
Scroll to top
We use cookies on our website to give you the most relevant experience by remembering your preferences and repeat visits. By clicking “Accept All”, you consent to the use of ALL the cookies. However, you may visit "Cookie Settings" to provide a controlled consent.
Cookie SettingsAccept All
Manage consent

This website uses cookies to improve your experience while you navigate through the website. Out of these, the cookies that are categorized as necessary are stored on your browser as they are essential for the working of basic functionalities of the website. We also use third-party cookies that help us analyze and understand how you use this website. These cookies will be stored in your browser only with your consent. You also have the option to opt-out of these cookies. But opting out of some of these cookies may affect your browsing experience.
Necessary Always Enabled
Necessary cookies are absolutely essential for the website to function properly. These cookies ensure basic functionalities and security features of the website, anonymously.
Functional
Functional cookies help to perform certain functionalities like sharing the content of the website on social media platforms, collect feedbacks, and other third-party features.
Performance
Performance cookies are used to understand and analyze the key performance indexes of the website which helps in delivering a better user experience for the visitors.
Analytics
Analytical cookies are used to understand how visitors interact with the website. These cookies help provide information on metrics the number of visitors, bounce rate, traffic source, etc.
Advertisement
Advertisement cookies are used to provide visitors with relevant ads and marketing campaigns. These cookies track visitors across websites and collect information to provide customized ads.
Others
Other uncategorized cookies are those that are being analyzed and have not been classified into a category as yet.
SAVE & ACCEPT
WhatsApp us